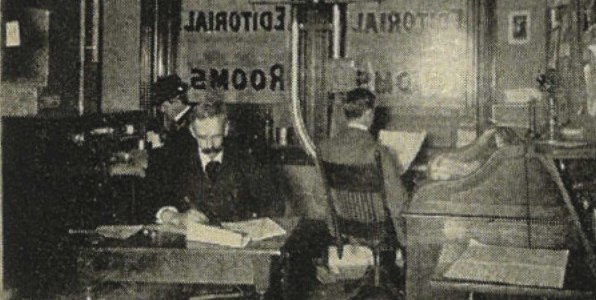 Did you ever stop and think of what that bad job, the one where you don’t fit and is so stressful, is doing to you long term? You should. Because it could be destroying any future you have, even your very soul.

After the second Great War, many of the orphanages were severely understaffed. A researcher studied what happened when these babies, who had enough nutrition and acceptable housing conditions, did not receive — for lack of a quicker term — “cuddling”. Removed from maternal contact, these infants would retreat into themselves, developing what the researchers called marasmus, a wasting away of not just the spirit but the body also. They lost weight. Many died.

All because they lacked the warmth of a caretaker.

Anaclisis (or anaklesis, it’s not an exact term) comes from a mistranslation of Freud and means “to mean on”. When you lean on something and it is taken away, you fall over into marasmus (“become marasmic). Americans have an attitude in business that leaning on anything is wrong but that’s wrong, stupid and frankly anti-American. We lean on our contacts, we lean on our parents when young, we lean on our spouses.

We even lean on our jobs.Harvey argued that when people get fired, a large proportion of them will develop anaclitic depression. The thing that they leaned on, the relationship with their coworkers and the self-definition of their job, was pulled away. They fall. Many of them then develop marasmus and start wasting away.

It breaks their heart and a broken heart can kill you. Ask any elderly widower.

I believe that the same thing can happen when you get stuck in work that is too small. Work is something that many of us lean on. It’s not so much that it gets stripped away but that something we want to be there is never in place. Elliott Jaques called companies where people didn’t have Real Bosses “paranoiagenic organizations. They don’t just not build trust: they actively destroy the trust that would otherwise exist. Francis Fukuyama has written about the importance of trust in everything we do. Things go smoothly when we can trust. Social existence is destroyed when we cannot because we cannot cooperate efficiently.

Your trust-destroying work experience may be specific if you are a Hidden High Potential (2HiPo). The others may not have a boss who is too small since you are too big for your job. It’s all relative. When you have a boss who is not just too small but two sizes too small you will not be trusted any more than you trust him or her.

After years of this, after years of getting kicked in the teeth while you’re down, of being the human scratching post for these feral cats, you have a better than even chance of experiencing anaclitic depression.

It will feel like your very soul is being destroyed.

So this is why I started all this writing. In the end, I wanted you to be free from this oppression. Some of you, though, have been hit so many times it’s hard to know what to do. How do I repair your very soul, destroyed by years of being beaten down into anaclitic depression, of wasting away in marasmus? Wasting away, your mind being destroyed, your emotional stability being torn. How can you be emotionally stable when there is not stability in your work, making up so much of your experience?

Some people can do it. They’re specially created to do the impossible.

Most of us can’t.

The response of so many of my colleagues is to tell you that you need to simply find somewhere else to use your capability to its fullest and thereby be fulfilled. “People do this all the time,” they say, proceeding to list a handful of famous people who overcame bad work to do great things.

Richard Wurmbrand was considered the most remarkable of a remarkable cohort by many of his fellow inmates in Romania’s Communist torture houses. He spoke five languages fluently. He could discourse on ancient Greek philosophy and obscure communist dogma. He would explain Hebrew meanings behind old Christian phrases, memorize lengthy speeches, confront everyone’s intellectual sacred cows. Among his spiritual comrades, he was considered a spiritual giant, too, someone capable of doing things others could not in relation to the divine.

And yet after several years of solitary he found that he had unexpectedly gone mad.

Today, for the first time, I burst out into yelling cries, for no obvious reason. I have often heard such cries, interrupting for a few moments the deep silence of our prison. We all knew then that one of us had become mad. The cries very soon ceased. I did not know how the guards quieted those whose nerves had cracked. Now I know.

There are things that the soul, even one as superior as Wurmbrand, cannot continue to suffer. Contrary to American penal theory, research has shown very clearly that putting people into longterm solitary confinement destroys them. It makes them more violent, paranoid, disturbed. Even Wurmbrand was not immune.

There is a very real way in which what you are suffering is solitary confinement. It is not truly solitary. You have TV. The Internet. You can communicate with some people around you. But like the infants suffering marasmus even unto death, you lack a key element necessary to growth.

It’s what I heard Kathryn Cason call modal recognition. You get seen for the capability that you truly bring. It’s so vital and yet if you are a hidden high potential you are almost never going to get it. Without it you cannot develop properly. You end up staying in places that create anaclitic depression.

Once depressed, it is so very hard to get out because you have no bootstraps by which to lift yourself.

Don’t think that you can stay in this job where no one can see what you bring, what you can do, who you truly are, and somehow it will work out. It will take its toll. You will find your life shortened just as did the British civil servants who stayed in jobs that bored them because the money would be good in retirement. A lot of them didn’t see it because the boredom indeed killed them. Albeit slowly. Very, very slowly.

I’m not sure of the solution. I think it is different for each person, each situation. But teaching you how to better survive in your paranoiagenic situations — something so many popular authors and psychologists tell you — is another piece of damnable bullshit.

However, there may be an answer in the works of Wurmbrand, Visky and others who spent years undergoing torture for no crime at all. It’s what I call the Spiritual Option.