I talk a lot about judgment and how one can get a good idea of someone’s current capacity (how big of a job that they can do) from an interview where they “do work”. Elliott Jaques and Kathryn Cason describe this in Human Capability. But it can’t be just any interview topic: you need to get the person talking about a topic that they have spent time thinking and learning about.

I started thinking about this when I watched the recent interview that Katie Couric, an American television news anchor, did with the US vice presidential candidate Sarah Palin, governor of the state of Alaska. (CBS has the Couric/Palin interview available online [Part 1 & Part 2].) Couric is asking probing questions to get to Gov. Palin’s opinions on economic issues. Gov. Palin seems quite flustered and doesn’t really include details.

The interview was widely held as a poor one on the part of Gov. Palin, even by Republican editorialists. (Democratic editorialists were unlikely to view the interview as a success regardless.) But you can’t use this interview to gauge Palin’s capacity for work because it did not engage her on issues that she worked on in the past. 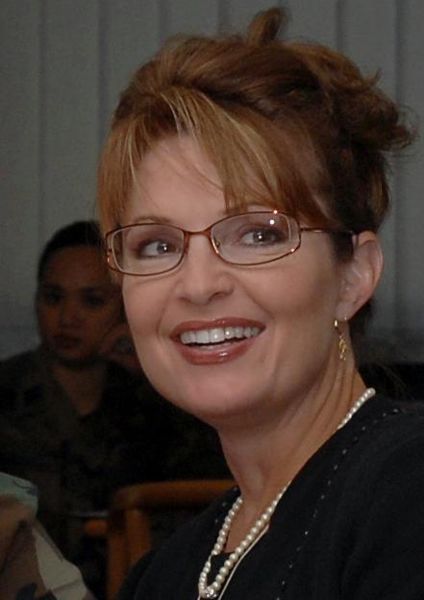 The Gov. Palin you see in the interview is very different from the self-assured, confident, intelligent Gov. Palin that you can see discussing topics for which she is better prepared. (The Newsweek forum on Women in Leadership is a good example and would be more useful for evaluation purposes.)

Gov. Palin is a smart and competent politician who has a strong accomplishment record. These were not topics that had previously been part of her political discussions and so was not a good interview to show her current capacity for work. Alaska has a different economy than the rest of the U.S. — e.g., they tend to do well with higher gas prices while we do poorly — so her economic concerns as governor are concentrated on natural resources issues. (See for example the NY Times article describing some of the issues with which Gov. Palin has been concerned.)

It may seem odd that a governor would not have a great deal of things to say about the financial crisis but there’s no crisis in Alaska: they have a US$2 billion surplus. Each resident gets a check that is worth a fifth of my pre-tax salary when I started working after university. They are awash in cash up there.

The same principle applies to listening for someone’s current capacity in conversation, which I know some of you do to provide you more information at work. You need to address issues that this person has spent some time thinking about. Issues that have not been important before are probably a bad idea. Using a conversation that is a “make or break your career” type is also probably counter-productive, since very few people do very well in these.

You can learn something about someone’s current capability on topics they don’t anything about, of course. Recall that capability is a function of one’s exercised capacity (how much of it you are currently using) and one’s knowledge and skills. If you tried to get me to do thinking work about carburetors you will quickly find out that I am a mechanical idiot. (I even had to look up how to spell “carburetor” and I confess I have no idea what they do.) You won’t learn much about my current capacity but you will learn something about my capability regarding motor engines.

Tonight, Gov. Palin will be debating Sen. Biden, the democratic candidate for vice president. Hopefully we will hear them both doing work in their answers. Especially useful would be to have Gov. Palin talk on issues involving natural resources, especially oil and gas, which are a focus of Alaska government and of great interest to the rest of the nation. (Sen. Biden’s loquaciousness represents its own problem, of course.)

So take this lesson:

You need to listen closely in CIP assessments, just like you need to look closely to judge a subordinate’s work effectiveness.

Yes, it is a personal judgment but it needs to be about work and not simple emotional perception. If you haven’t had something like PeopleFit’s class on conducting CIP evaluations and you are trying to use the general principles presented in Human Capability, please take care. Listen but check what you think you heard against your judgment of this person’s job performance.

You should also use the “bigger” trick: is this person bigger, smaller or the same size as this other person whom I feel comfortable I know? Good advice even if you have taken PeopleFit’s CIP class or use the Career Path Assessment instrument: you should never make a decision based on a single data point.

NOTE: If Jack Fallow is right (and there are indications in Warren Kinston’s unpublished research that he is on to something), and if we use Cason’s and Krause’s earlier studies of presidential races, then the likely Presidential candidate will be someone Str 6. If both are Str6 then the one with the most future potential (Mode) will win. Jack’s idea that we understand someone in a like quatrile is a big one. When Warren finishes his current work, you will see why.

Gov. Sarah Palin has breakfast and visits with Ramstein Air Base Airmen in Germany on July 26, 2007. Photo by Airman 1st Class Kenny Holston. Public domain image of US Federal Government.