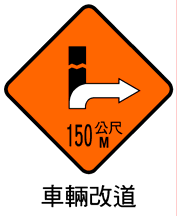 We’re taking a detour on our answer to last week’s question on Adult Underachievers to address something that has popped up in emailed responses. It’s a great question because it gets to the real heart of the matter. It may address a problem that was never raised when we talked about Maye Rain’s belief that she was an underachiever, even though I didn’t think it was true.

How do you know if you are underachieving?

Here’s the answer: you can’t.

Seems a bit tricky, doesn’t it? The problem is with the word “achieving” and how we measure achievement.

What would does it take to succeed, to achieve? Here’s a list of answers:

Here’s two elements that no one likes to talk about:

These are at least as important as anything else. Luck is always playing a part. So is help from others. But no matter what you do, if you are one of the people I’m addressing these posts to and you let others define achievement for you, you’re screwing your foot to the floor.

Let’s suppose that you had gone to the elite university for your field, in your country. You had traveled widely with your job, but had hit a period of failings. You recovered during a time of national crisis to solve one of your nation’s biggest concerns. You created new organizational structures that would last well into the next century. You were elected and served in your nation’s highest office, where you recreated it for modern times. You then lost all your money in a swindle. To close your life, you wrote a book to earn money for your family, which is still considered one of the best works of its type in your language.

I’m talking about Ulysses Grant, the American general, president and memoirist. Someone who was surely considered a great achiever.

Not by his father-in law, who always thought of him as a wastrel. (Abraham Lincoln, Gen. Grant’s war-time commander-in-chief, had a similar problem.)

Grant certainly had a time when it seemed like he was doomed to a life of failure. His father-in-law was funding Grant’s wife and kids, who were living at his house. Grant had started off with such promise, a West Point graduate who had served with some distinction in the Mexican-American War, only to be shipped off to California, apparently for disagreeing with or embarrassing his commander. When the war came he was working in his brother’s tannery in Galena, Illinois, nowhere near the military or the national scene. Then the war came.

What would he had been without the opportunity afforded by the incompetence of so many Union generals in the face of the brilliant tactics of the Confederate leaders? Luck played its part then, as it did when he got taken off the fast track for being too challenging to his bosses.

He led in military where he helps create the modern American army; he led in politics where he began the modern American presidency, replete with its attendant scandals; and he led in writing, where his memoirs still stand as one of the greatest achievements in American letters. Even if you hate war and think that he’s evil (or are just southerners like my older relatives), you must admit that he was an achiever.

But his father-in-law believed he was an idiot to the day he died.

Like many artists (people who participate in the artistic languages of work), Maye Rain chose a lifestyle to allow her the possibility of achieving her goals, of living her art. She pays her bills and had created a life that in so many ways she is satisfied with. Sure, she’d like to be rich but she obviously doesn’t want to be rich if if means wearing khakis. Unlike so many people in the world who settle for something that they don’t really want, she is going for it, making a life that she can be proud of having lived.

The underachiever label comes from two things. The first is the American refrain: “If you’re so smart, how come you’re not rich?” And money indeed weakly correlates with achievement, as it does with what I call intelligence. The second is that she is not clear that she is working fully, that the work that she does fully extends her capability.

I’m just picking on her because she put it all out there for us all to read. (Brave, that.) I work with lots of artists, a legacy from my Chicago days, and many of them suffer from this. Some of them listen to the wrong voices, voices that just don’t live in their work language. Someone fully alive in the work languages of corporation achievement won’t ever be able to see their work as doing anything. It’s just not inside their abilities, as it’s often outside the abilities of artists to honor and respect the work of those in khakis. Their mental processes are different.

Even when you know your work language, you still have to have work that is the right size. So that’s what we have to look at next time: the measurement of your size vs. your job’s. I going to try and make this all pretty straight-forward, but expect that to take a few days and some thinking on your part. It gets wild, so get bring your Level-A PPE.

I’ll finally address the difference between people who won’t work and people who don’t have enough work. I’ll even start explaining why it took a disaster to get Grant out of that spiral of failures and back into achievement.

Because you are the killer app.