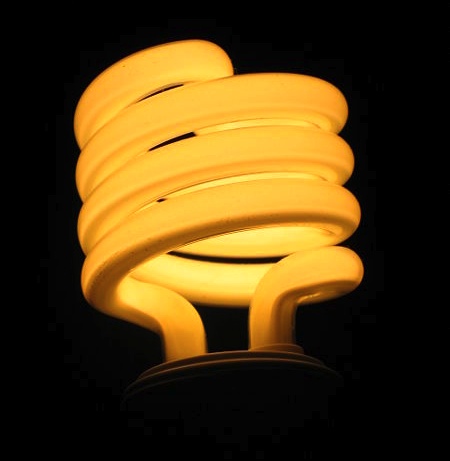 GE: Needs to have a light on the things it brings

Recently, Michelle Malay Carter discussed the “decimation” practiced by Jack Welch at GE: where employees whose performance was in the “bottom 10%” were fired, in regular purges. Michelle, a colleague in North Carolina, does a great job at describing why this practice is simply a cover for poor management.

She links to a post by Judy McLeish which discusses some recent numbers showing broad support of the practice in the UK.

The latest research from Hudson Recruitment shows that UK business leaders do want to dismiss an annual quota of underperforming staff. The findings reveal that 61% of senior UK bosses believe that a fixed target for annual staff dismissal is healthy.

But who can really judge “performance”? If you are organized naturally, the manager has enough capacity to actually look at performance and make a judgment. But that’s only true for only about 20% of the workforce (PeopleFit research). Most managers are systematically incompetent to gauge the performance of their staff.

This becomes an exercise in monkey politics, where the Machiavellian personalities rise to the top. Which explains our current financial crisis.

I agree with Michelle in her assessment. This post makes two corrections to points made in comments to her post.

Research has shown that having low-performers actually produces higher team performance. I know that this is a counter-intuitive finding, but I’ll hazard the guess that having a deviant allows us to gauge our own behavior better. That may have actually been the secret at GE: it forced managers to hire low performers and then expel them from the community as deviants. You can get the same effect by keeping small numbers of low-performers around and simply identifying them as deviant. This may only work when you have a unnaturally organized company, though. It’s also clear that Shadrach and Hartey have misunderstood the Roman’s use of decimation. It was by no means a thoroughly widespread practice. It was used to punish cohorts judged cowardly or mutinous. They would be divided into groups of 10, then lots drawn in each group. The “winner” (regardless of rank) would be killed by the other nine, who would then have to survive other punishments. Even amongst the Romans — who are not renown for their mercy — decimation had mixed reviews. As Lendering observes, “Decimation was never a common punishment: it was too harsh and would no longer inspire terror if it were applied too often.”

Welch used decimation to punish performing units rather than just cowardly or mutinous ones. This is not representative of Roman practices. He inspired pathology, not performance. Or a manager simply hiring people whom he or she knew were too small for the role.

Belief in the efficacy of the 10% cull is based on blind faith and not strong evidence. As such, nothing I say here will dissuade anyone who believes in it, for rejecting disconfirming evidence and arguments gives them that wonderful burst of good feeling from their reptile brain (as shown by Westen et al. [2006]).

Cutting the bottom 10% annually is a defensive, compensatory system for lack of understanding of work levels, human capability and managerial leadership.

I’ll go further: Decimation as described as being in place at GE is defensive, compensatory system for bad leadership. Hiring and firing is tricky and difficult. Even when you have a clear understanding of work-levels and processes in place to evaluate applicants for person-role fit, you are still going to make a hire that doesn’t work out. Even if you were perfect, some people develop pathologies that cannot be allowed in work, regardless of their performance. You are always going to need to do what Wilfred Brown and Elliott Jaques called “deselection”, where a manager can remove a subordinate from the role but not actually fire him or her.

Don’t get me wrong: I believe in getting rid of people who are bad for your team. But the only times I’ve had to fire people was when I hired them over my own better judgment. I thought I needed the body. The fact that the company would pull the FTE if I didn’t get the slot filled quickly is a point for a later post.

You resort to automatic functions when you can’t lead properly. Sometimes they work. Often they don’t. But they are never an example of strengthening the management culture or real leadership.

Because you are the killer app.