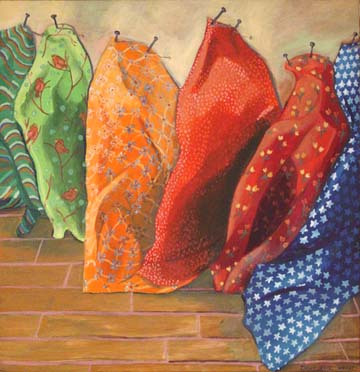 Part of Richard Florida’s “Creative Class” theory is that the world has become “spikey”: certain cities draw almost all the top talent in the world, leaving everyone else to languish. (He who has will be given more; for he who has not, even what he has will be taken from him.) It’s much like what they have found on Web sites: some sites get all the links.

Florida describes the Creative Class City (CCC) in a 2006 interview in Rotman Magazine (Spring/Summer 2006). He cites as evidence some then interesting real estate numbers:

Joseph Gyourko, the great real estate economist at Wharton, shows the rapid rise in appreciation of housing prices in 15 ‘superstar cities’ in the U.S. – growing at two, three, or four times the average rate, and not coming down. Yet people aren’t decentralizing out of these hyperexpensive superstar cities and moving back to Cleveland or Pittsburgh or St. Louis; they’re not moving out of Toronto or Vancouver and moving to other Canadian cities.And why is that, given the costs associated with living in these cities? It’s the fact that we as human beings gain enormous productivity increases when we are located next to one another. When we locate together in concentrated, densely-packed cities like Toronto, New York or Bangalore, we increase each other’s productivity; that’s really the motor force of economic growth. And as a result, the world is developing a couple of dozen ‘spikes’.

The problem is that the real estate market has imploded.
That might not matter too much: A recent NY Times article looked at defaults from “normal” professionals 30-35 who had purchased three-bedroom condominiums in the acceptable US$1-2.5 million range, so even if prices have fallen 50%, it’s still pretty pricey to live there. Another article noted a study from the Manhattan-based nonprofit, Center for an Urban Future, “estimates it takes $123,322 [in NYC] to enjoy the same middle-class life as someone earning $50,000 in Houston”, making NYC 250% the cost of Houston. I can tell you that US$50k in Houston is considered not all that great, even in middle class household incomes, so we’re talking about some expenses.

So, should you move?

You could just stay where you are and work with your local officials to create an environment that is amenable to Creative Classers. It’s a short list, and you can pretty much do it by making your city Gay-friendly. (Yes, they make up 3-4% of the US male population according to the last reliable numbers but they have a massive amount of the CC. Even Stephen Colbert noted this in his interview of Florida a couple years back.)

The problem of course is that no one has any money any longer. The cities that haven’t already started this process aren’t going to be able to. They’re trying to keep the Fire Department open and the streets paved. If they’re smart, they’ll use some of the US$800 billion that the Congress will be handing out to build attractive structures, much like the 1930s.

Which brings me to a point that may be interesting. The CC isn’t really some new type of phenomenon. It’s remarkably reminiscent of certain subcultures of the 1920s in America. It seemed then like tossing old values and mores was destiny.

Then the stock market crash kept crashing, losing 90% of its value, deflation kicked in and no one had any money.

What happened then may happen now. People worried about eating stopped being self-centered and looked for practical things like money rather than personal expression. The pragmatists came back to the fore and people followed.

It’s a good time to look at cities to see which are going to make it. We’ll take a look at differential unemployment later this week — in America, at least using the current data collection methods and definitions, unemployment is mostly male and minority — because this may come into play. There is some talk about the decline of Silicone Valley, due mostly to the United States Congress not understanding that you want to bring high-performing foreigners into America. I’d wait and see.

Which may just represent why I didn’t get rich off the web even though my first commercial catalog site was in late 1994. A friend of mine, single and a bit younger without a mortgage, recently moved to Santa Fe, New Mexico. She’s an artist and just seemed to pick it. (There may have been a guy involved.) She struggled but now gets people looking at her short films and she’s been an extra on TV. Who knew that cable TV films stuff in Santa Fe?

Or, it may be that Richard Florida is simply wrong. There is certainly a smug “I’m a Creative Class person — see how cool I am!” to his books that grates. And others with better urban data question whether or not he really looked at the real issue, money. For example, Steve Malanga in City Journal writes that Florida took too many leaps and not enough economic data:

Although Florida’s book bristles with charts and statistics showing how he constructed his various indexes and where cities rank on them, the professor, incredibly, doesn’t provide any data demonstrating that his creative cities actually have vibrant economies that perform well over time. A look at even the most simple economic indicators, in fact, shows that, far from being economic powerhouses, many of Florida’s favored cities are chronic underperformers.

Or Florida is wrong over recessions. If Florida’s ideas aren’t worth a bucket of warm (ahem) spit, then my idea that it’s simply a function of go-go times will see it fall. Pragmatists always rise during hard times because they are pragmatic: they will get the job done. Chicago always had a reputation for being pragmatic (motto: “The City That Works” followed by it’s unofficial motto, “Let’s Whup On Them Hippies”) so it may see an relative increase in status. It has seen some massive losses over the last few years, what with companies like Arthur Andersen more or less extinct and others being bought out, but even Bank One decided that Chicago was a pretty good place to run some of its bank even if UBS IB didn’t.

Anyone got any thoughts?