Have you ever seen someone do something utterly boneheaded and have them, upon being asked why, give you what appears to be an utterly self-serving, made-up rationalization? Small children are the best examples. They do something and then, upon being “caught”, create the most fanciful stories about why. Given a little push, these stories can include the most wondrous creatures: dragons that talk, a “bad” boy or girl you’ve never seen who lives in the basement, men from Mars. These can be quite amusing if you allow that their small minds haven’t yet learned what reality is, and experience wishes and imagination in the same way that they experience the “real world”.

But did you know that you likely do the same thing? It’s not a Secret Rules of Career Success but it leads to an important one. And it’s one that explains why the story you tell yourself matters.

Even Warren Kinston has something to add here. He tells me that back in the 1980s, he and Jimmy Algie led several decision-making workshops through Brunel University. They explained how there are seven distinct decision-making styles, ways that you think in order to come to a decision. Each one is equal — no decision-making approach is the encapsulation of any other — and we often use a mix of two or even three ourselves, with a single one dominating. Our lead style, if you will.

Because we have a single dominant style, we tend to believe that people with different approaches are less thoughtful than are we. (This is true even of me, and I’ve worked with Warren. I know that they’re way of making decisions is even the best for certain situations, but if I’m honest, I still think that those folks are morons.)

“I think clearly,” we say. “These others are led by their stomachs.” 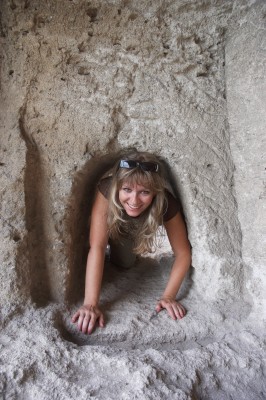 We are actually all just conduits for our decision making styles. Said another way, if I know what your dominant style is, I can tell you what you will say in the discussion.

During the decision workshops, Warren ask them for some work problems that they were facing. He then divided them into groups and told them that they had to force themselves to follow a particular decision procedure “nearly to the letter”. He would then walk around the seven tables and listen to what was going on.

… I came across ridiculous misunderstandings (based on imposing their own mentality on the given procedure) … Participants will say something that they believe is original and then I would say, “that is what that the [decision model] gets you to say”. The d-m controls process and outcome, not the person — we are simply vehicles.

He notes that these ridiculous misunderstandings were what we all naturally do, because we follow a particular system naturally. “I would explain [the misunderstanding]”, he said, “usually to a great burst of laughter, and share it with the whole room.”

You don’t make decisions: your naturally dominant decision-making style makes them for you. You then tell yourself a story that you were rational or in-touch with your emotions or thoughtful or thorough or whatever.

Although you may think “no way! I am the one making decisions here!”, lots of research indicates that things may be more complex than you think.

You may be simply doing things without thinking and then rationalizing them afterwards.

Consider the experiments with the “split-brain patients”, people whose connections between the right and left brain hemispheres have been severed, something that has been used as a cure for severe epilepsy. This means that the two hemispheres no longer communicate back and forth: what one side perceives the other may not. In carefully constructed experiments, scientist gave the un-rationalizing side of the brain a command such as “leave the room”. The patient got up and when asked why he was leaving, said that he was going to get a Coke. The sense-making side of his brain made up the rationalization, made up that he must have done this for a reason. Without the information about the command “leave the room”, what made sense was that he was a little thirsty so getting a Coke would have been reasonable.

But it wasn’t the reason at all. His brain made it up.

(This is so weird that it even made a story on House.)

You need your body to talk with your brain. You don’t make good decisions just with rationality. You end up with all sorts of nonsense. In the end, almost all learning and decision-making may be affective — that is, based in your emotions.

[Neat thing about this post: I learned that a fellow I went to university with is doing some of this research, which marks the first time I have cited someone I knew in my youth.]