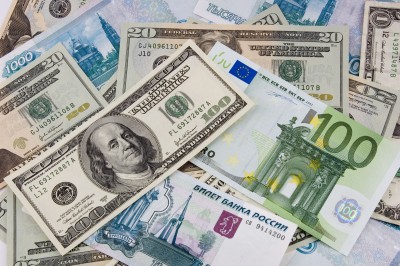 Did you know that if you start work during a recession, you are likely to never make as much as someone who started working during good times? This is probably not news to you: Forbes and the Wall Street Journal both covered this back before the class of 2009 graduated in May.

It turns out that economic research showed that people who graduate during a depression not only make less money when they come out, because the market is depressed and jobs are scarce, but they continue to make less for years to come and may never catch up with people who are exactly like them but graduated a couple of years earlier during a run-up. Even when times get better, they still earn less money for the same jobs.

The reasons for this should be obvious, but that hasn’t stopped people from continuing to spout useless claptrap.

For example, Forbes’s David Serchuk (“How To Graduate In A Recession”, 2009 April 16) wrote that:

Having the bad luck to graduate in a recession can mark someone’s entire career, as it can lead workers to start careers at smaller firms that pay less….

[S]ometimes having your plans shattered can bring you to make a career out of what you’d really like to do with your life, as opposed to simply chasing the money.

John Osborne, later in the article, said that

Graduating into a recession or a Great Recession or whatever we are calling it is a great gift, a real blessing in disguise. Why? For two simple reasons: You are learning in dog years (one year equals seven years of experience), and you are getting more experience since you are more actually valuable.

If your Bullshit Detector hasn’t already gone off, it should. Forbes, of course, doesn’t make money by telling people the truth which is why they seemed blissfully unaware of the impending crash even though everyone knew that it was coming. These are nice thoughts but they clearly aren’t true, or at least aren’t true for the vast majority of graduates.

To see why this is bullshit, we need to look at why recession-era graduates will make less, even after the recovery.

(Before I start, let me head off some folks: Yes, there are thousands of exceptions. But thousands of exceptions when millions follow the rule aren’t that interesting. Even in a normal distribution, there are always outliers. I know a man who smoked a pack a cigs and drank at least 10oz of whisky every day of his adult life and lived to be 104. But you probably won’t. Citing him as the reason why you won’t contract lung or mouth cancer is probably disingenuous.)

It turns out that your entire career hinges that first paycheck (in a “real” job) because money is a proxy for ability. Almost no one knows how to measure most workers to see how much they are worth, so they go by what you were paid last. Potential employers want to know your last salary for just this reason.

My brother taught me this when he was a headhunter in the oil industry. Back then, in the early 1990s, the magic number was $100,000. If you didn’t make that, it didn’t matter how much experience or success you had had: his clients weren’t going to hire you. Even if someone had made a mistake and paid you much more than you were worth, it was likely that his clients would hire you because they saw the salary as an indication that someone had done his homework and determined that you were really worth it, something that they were either too lazy or (more likely) too ignorant to do.

Now let’s look at how this plays out over a career. Rosa and Bill both graduated from Mirco Evusial University (MEU) with the same degree, but in different years. Rosa graduated in 2006 during the last up turn. Bill graduated in 2009 during this Great Recession when unemployment rates in some states exceeded those they had during the Great Depression. Rosa got a job and the salary was, say, $40k, which wasn’t great but pretty good. Bill got out and took the only job he was able to find and got $20k and was happy to have

Now let’s fast forward three years. It’s 2013 and the economy has picked up again. Bill is trying to get a job with Rosa. He is competing with a 2012 graduate of MEU, Sunjay, who got the same degree he did. Because the economy was better, Sunjay was able to get a higher paying job than Bill when he graduated and was making $40k. Adjusted for inflation, that’s still lower than Rosa’s first salary but much higher than Bill’s. Rosa, who doesn’t know the work levels or how to measure capability, sees two similar candidates. But the younger one is making more right out of school. She believes that this indicates that he has greater future potential, what I have called “higher mode”, than Bill. Add to it all that time that Bill spent unemployed (“must be something wrong with him”) and the fact that he has moved jobs twice to earn more money (“instability”)

That’s why Bill will always be a loser.

Now let’s look at the specific things that the Forbes people said that are so stupid.

It turns out that graduating in a recession makes you more likely to have to “follow the money”, not less, because the pay is so incredibly low. If you are making $20k but thought you would make $40k, you are probably out looking for a different job, much more so than if you had been making $44k on the same $40k assumption. You are, as he suggests, moving from job to job to work your way up and to people who didn’t graduate in recessions (and therefore didn’t have to do that), this will be a major black mark on your resume.

You are also less likely to “follow your heart”. It turns out that having options makes following your heart much easier. It also turns out that when the economy is going down the drain, non-profits and NGOs lose a lot of funding. People are less likely to spend money on things like art and literature. The fact that there is so much less money circulating means that it is much harder to follow your heart during a recession.

So you end up following the money because you must to survive.

Not all of their advice is bad. You are probably best served by going to graduate school, especially if you can do this at a state school or on a strong scholarship to keep costs down. Of course, you have to find a way to eat and it’s harder to even part-time work during a recession, upon which many a grad student relies to pay her way through.

Which means you are out hustling jobs and following the money.

I’ll say again that, yes, there are nice stories out there of people who got high-paying jobs of their dreams during this recession. I have also heard stories of a prostitute who had unprotected sex with HIV-positive clients but never caught the disease herself. Great stories, but the mass of evidence means that you are probably statistically better off playing the Lottery.