When you are bigger than everyone else, you are much more likely to get hammered for irritating people. It doesn’t matter if that’s physical size or “work” size, where you have the capability to do a larger job than the people around you.

And that can cause you a lot of problems.

People get threatened by things that are bigger than they are. They are afraid that they can’t control you when you start going off about something. Even more frightening, they see that you are “bigger” than they are and know that people have a tendency to follow bigger people. That makes you a double threat.

Take a look at what happens when you are physically bigger. 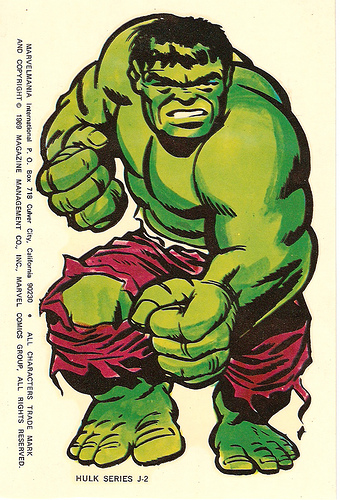 Awhile back, a guy in my neighborhood had to be down in the courthouse. His wife works a different shift, and he brought his three year old boy down with him. The boy isn’t bad for a three year old, but he’s really big — like his dad — and looks like he’s five. The boy was simply being a boy, according to all accounts, but was noisy.

And that’s the problem.

The court officers are older men and women, most with large bellies these days. They came over to him and started in sternly telling him to control his three year old because the judges had their doors open and it could cause a disturbance.

My neighbor pointed out that the judges could close their own door.

And then it immediately escalated, with him getting pretty damn angry but never actually threatening anyone with violence or appearing to become violent, and suddenly he’s under arrest.

A few years ago, I was at a dinner hosted by one of our friends, who we knew as a Chicago trader. He’s a guy who doesn’t talk much and qualified as the mellowest guy I knew. Turned out he used to be a Chicago cop, and even was one of the first “swat” marksmen there in the 1970s. Someone asked him if he had ever drawn his weapon.

We all look surprised.

“The main problem cops have is controlling the situation immediately,” he said. “I’m six foot five. I’m a marksman. If I draw my weapon I’m going to hit you right where I intended to hit you. I’m not going to miss.

“When I come on the scene, I’m in control. My size is threatening and I’m confident that I can control it because I know how to use my weapon.

“You always hear about these cops shooting someone pulling out a cell phone, and it’s a woman cop. It’s because they’re smaller and frankly they are allowed to get by without knowing how to use their pistols well enough. They get into a situation and they don’t feel in control.

“So they end up shooting you.”

The cops at the courthouse were older. They are fat. (I write a lot in a coffee house right across from the courthouse, so I’ve been seeing them for 10 years.) They are even shorter.

When these people came up against my neighbor, they weren’t in control and felt immediately threatened. So they ended up “shooting” someone too early, escalating something that never should have been escalated.

The lesson for you: when you are bigger, people see you as a threat. They will “shoot” you quicker because they don’t feel in control of you. The rules are different for you. You don’t get to rant like the other do, to be yourself. You have to put forth a happy face or people start pulling guns.

Image credit: Volunteer Jennifer Van Vleet experiences what it would be like to be arrested after failing a field sobriety test. (2009) Orgeon Dept. of Transportation. (CC BY 2.0)