While at the PeopleFit “Assessing Raw Talent” class this last week, I heard that it is common for people to overestimate the CIP (Elliott Jaques’s idea of Complexity of Information Processing) of persons who have a lower CIP and to underestimate their subordinates who have a higher CIP than they do. I figured that they were simply a 2002 article by Robert E. Wood. Turned out that they’ve seen this in their own data. 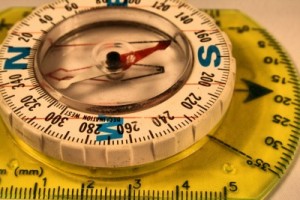 Wood’s article (“Self-versus others’ ratings as predictors of assessment center ratings: Validation evidence for 360-degree feedback programs“, Personnel Psychology, Dec. 22, 2002) is pretty interesting. He tested employees’ self-ratings, their managers’ ratings of them, and their peers’ rating of them against an assessment center’s rating of them. It turns out that the people who have the very highest opinion of themselves were the worst in assessment. But the best performers consistently underrated themselves.

From the perspective of Elliott Jaques’s Requisite Organization / Stratified Systems Theory, we can see some more things happening. We tend to think of people as having the same level of capability as we do, unless shown otherwise or unless social markers contraindicate. If these poor performers were overemployed (only doing the work of the worklevel below the one their role was assigned to) then the peers may have simply not been able to see them properly. Managers did not ferret out the underestimators — those who perform higher than they self-rated — because they were probably in the same or higher stratum as the manager.

Without data that’s just speculation. And of course we don’t have data because they didn’t think to collect current capability.

Anyway, yet another piece to bolster my opinion that 360-degree feedback programs don’t do what their proponents insist that they do. In this, I am in agreement with Ed Schein and oh so many others I respect. I know that some folks get a lot from their 360s, but there is just such a paucity of supporting research. They sound great but you can’t run a business on what you want to believe in. You have to use data.