It was Wilfred Brown’s understanding of power and authority that made me consider again one of the things that I find most frightening about current trends in American Protestantism.

American religious life differs in many ways from that in other Western countries. For one, while attendance is in decline, it’s not nearly as precipitous as in Europe. Religion still matters, which is why we have a strong political movement based in conservative Protestantism.

My concern is that the previous tradition of Democratic Religion has been replaced by the Great Man. It’s what Americans have come to want in corporate leadership, even though Great Man rarely works. The Great Man is troubling because religious life has always been important to America in helping to define its core democratic beliefs as the local congregations were important associations. While other associations exist, they have less community to them; that is, the associations work less like an extended family in caring for their members. 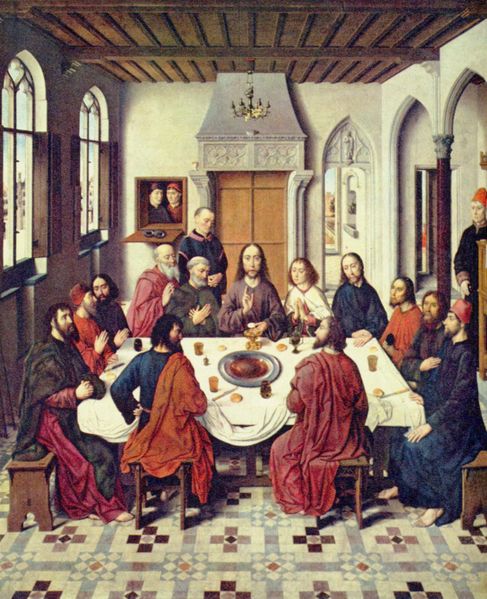 America’s marketplace of religions makes it very different from Europe, with their tradition of state sponsored and funded religions. India may be another example. This makes our experience here different. Rejecting the church isn’t as important politically. Our churches, especially in ethnic communities, have been major places of political power building. The African-American civil rights movement came out of their Evangelical churches and cannot be understood outside of that context. American movie ratings (and comic book code) came out of the Roman Catholic clergy, especially in New York, agitating against what they perceived as offensive materials being made available to children. And since the early 1970s, following the legalisation of abortion, white Evangelicals have been a political force that must be acknowledged.

Going back further, many of the issues of America-style democracy were worked out in American churches. Baptists brought their ideas of religious tolerance from England (“For men’s religion to God is between God and themselves…. Let them be heretics, Turks, Jews, or whatsoever”), and petitioned the founding fathers for the separation of church and state. Puritans and Presbyterians brought ideas of balancing powers constitutionally from England and Scotland.

(Yes, there’s also the undeniable influence of the Ten Nations, the general Native American governance ethics of the northeast, the role of Deists, etc. America was a marketplace for ideas of all stripes, thank God.)

One of the major aspects of these American Evangelical institutions was that the local congregation held a lot of the power. In Congregationalism, they held all the power. Some Baptist groups took this even farther, completely eschewing clergy altogether as their radical Reformation forebearers did. Reformed groups balanced a need for some form of corrective hierarchy with the need for local congregational control while also balancing the power of the minister in the presbyterian model, originally defined by John Calvin and perfected in Scottish Presbyterianism.

All of these models had an important common feature: they limited the power of the head pastor. The Great Man was usually suspect. Jonathan Edwards — an 18th century theologian and widely considered the greatest preacher of America and still read for his literary skill — was fired by his congregation. It was an uneasy balance, and it often swayed one way or another. But it was always there.

But recently America has seen a surge in the Great Men (and they are almost always men) leading Evangelical churches. These pastors believe that the head pastor, and the head pastor alone, holds the vision from God for the local congregation. For example, Ed Young, head pastor of massive five-campus Fellowship Church, said in a recent Leadership Journal interview:

I believe churches are led by leaders. I believe God gives one person the vision—the pastor. I don’t believe a committee-led church can be as effective as a pastor-led church. That doesn’t mean a pastor shouldn’t be accountable to anyone. It’s not a dictatorship, but there needs to be strong leadership. My wife and I have four kids. If we put everything up to a vote, the immature would win every time. It doesn’t work.

Yes, Ed Young thinks parishioners are like children, and you’re too immature to make good decisions. He apparently fosters this belief in his them, creating a group of adults who are like children, not willing to take responsibility for their lives. This is not good for democracy.

(Plus, as a very intelligent woman named Betsy-Jo once told me, God’s Vision for others is not usually given to someone else: it’s something you have to work out with God yourself, “in fear and trembling.” Or, if you’re Southern Baptist, as Blackaby pointed out, God reveals His will within the congregation’s discussion.)

And this type of Christian leadership is becoming increasingly popular.

Even churches that should have balance against the pastor, using Calvin’s presbyterian model, are falling to the Great Man. For example, the New York Times recent article on Mars Church’s Mark Driscoll noted how he handles elders who disagree with him:

In 2007, two elders protested a plan to reorganize the church that, according to critics, consolidated power in the hands of Driscoll and his closest aides. Driscoll told the congregation that he asked advice on how to handle stubborn subordinates from a “mixed martial artist and Ultimate Fighter, good guy” who attends Mars Hill. “His answer was brilliant,” Driscoll reported. “He said, ‘I break their nose.’ ” When one of the renegade elders refused to repent, the church leadership ordered members to shun him. One member complained on an online message board and instantly found his membership privileges suspended. “They are sinning through questioning,” Driscoll preached. John Calvin couldn’t have said it better himself.

Recall that elders are the representatives of the congregation who are responsible for the church, in the presbyterian model. I doubt that John Calvin would be supportive, but I didn’t know him personally.

These are just simple examples. I’ll use more later. It’s not just a small thread but a major change that has occurred over the last 30 years or so.

The rise of the Great Man, who is In Complete Control, is troubling because it represents a change in how Evangelicals view power and leadership. There were always religious Messiahs in America, but the bulk of Evangelical church life was lived with an eye towards controlling the power of the head pastor.

I think that how this happened is best explained using Jaques’s ideas of churches as a mix of employment hierarchy for those working at it and association of members, but mixed with a major shift in how America sees themselves. The current trend towards House Churches — the ultimate form of democratic expression in Christian life, one would think — are equally worrying because I don’t see them as a barrier to the Great Man (or “fascist leaders”, in the extreme form). I’ll be unpacking this over the next while.

I am deeply worried about it, both as a practicing Evangelical Christian and as a believer in America’s democracy. Maybe I’m the only one who sees it as frightening.

When you come together, each one has a hymn, a lesson, a revelation, a tongue, or an interpretation…. Let two or three prophets speak, and let the others weigh what is said. If a revelation is made to another sitting there, let the first be silent. For you can all prophesy one by one, so that all may learn and all be encouraged, and the spirits of prophets are subject to prophets. For God is not a God of confusion but of peace. [ESV]

Image Credit: One of the pastors of the Free-Will Baptist Church preaches to his congregation. Wheelwright Junction, Floyd County, Kentucky. 1946. By Russell Lee. NARA