Here’s a repost of something from 2004 about what job posting are best for learning how to be a manager. It’s still relevant.

Morgan W. McCall, in Lessons of Experience: How Successful Executives Develop on the Job

(1988), cites the following as the Top 5 job assignments to produce learning:

These five worked because they taught managers confidence, toughness and independece. Kent W. Seibert and Marilyn W. Daudelin, in The Role of Reflection in Managerial Learning: Theory, Research, and Practice

A resulting problem is that in order to maximize learning and thereby maximize future innovation (learners are more likely to accept innovations), a company must be willing to take someone who is performing well in a job and put them into a position where they may fail. Risk is inherent to all of these jobs.

Of course, there are several studies (including Drucker’s Innovation) that illustrate that successful entrepreneurs, whether internal or external, do not run towards risk. In fact, their behaviours reduce risk because they reduce the amount of noise in the channel.

Still, many companies find it impossible to put off current profits for future ones. Perhaps this is a problem of not having people with long enough Time Spans of Discretion (TSD) in the right roles. 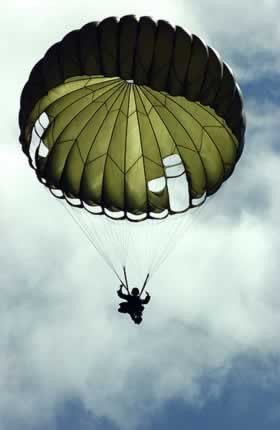 Mark Van Clieaf told me years ago about how his firm works with people who could do the job that they are recruiting for some reason: they have the Capacity but lack the full Capability because of coming from a different field, being under-employed or lacking knowledge. The hiring firm would place these people into lower level positions. If you wanted them to be a level 5 manager, you would start by putting them into level 3 roles, with the stated intention to the manager of that role that you were building a level 5 manager.

Who wouldn’t want to train their next boss in how your job is really done?

The hire would be cycled through several of these roles, staying for no longer than six months. Yes, there is chance that they will be there just long enough to do damage, but that’s why you make the manager of that role an integral part of this process.

Turns out that it works really well. The hire gets up to speed very quickly and acquires the level 3 and 4 knowledge that he needs. You then mentor him into level 5.

Because the hire is a high moder, he will tend to learn faster and at a higher level of abstraction. You see shortcuts.

This “parachuting” into several roles gives you a great overview of the company. They tend to look a lot like the assignments that McCall is saying build learning. So there’s real-world evidence that McCall is onto something.