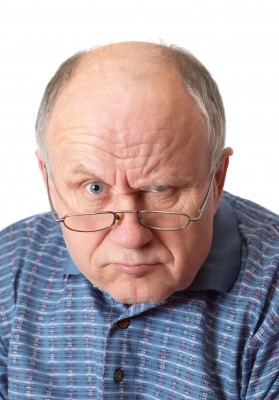 Let’s turn today to some more generational dynamics, this time to how they influence the economic state of the U.S. and thereby â€” since “when the U.S. sneezes, the world gets a cold” â€” the globe. You’d not imagine perhaps that the mood of a bunch of cranky old people could keep the globe down, but it’s true! Here’s how!

The Baby Boomers, as many of you know, are reaching retirement age. This makes them rather nervous, especially after the collapse. It probably didn’t have to be as bad as it was, but the Boomer and Silent generations wanted to get those giant retirements. That led to them developing policies that led to this meltdown.

Which they, of course, blame almost entirely on GenX.

More on that later, perhaps.

Boomers get this big shock as they enter retirement, showing that the unsustainable practices that they demanded were, in fact, unsustainable. This makes them very skittish about investments and new things. They are also becoming worried about legacy: how is the world really any better now? They look back and see that the age of Aquarius never happened. Something has to be done, now! Their fervor (or “blowhard hot air that never leads to real action”, perhaps) will start rising again because they don’t want to die seeing the world unchanged.

Last, they are terrified that the world is going to be run by those horrible, valueless GenXers and not those very pleasant, shiny Millenials.

Vernon (teacher): You think about this…when you get old, these kids; when I get old, they’re gonna be runnin’ the country.

Vernon: Now this is the thought that wakes me up in the middle of the night… when I get older, these kids are gonna take care of me…

Carl: I wouldn’t count on it!

The generation prior to the Boomers, the “Silent” generation, is even more nervous. Conservative Christians in that generation have stopped talking about how Jesus will return in their lifetime to “He’s coming back in the next year. I feel it!” They are also extraordinarily nervous about their finances. They have always been a bit self-obsessed (the “Me” generation wasn’t the Boomers, it was the Silents) and demand everything that they feel is coming to them. Such as Medicare, Social Security, Pensions, etc. Regardless of whether or not it bankrupts the future.

These two generations have clamped down on investments. They run the banks for the most part, and even the Fed. They see things as needing extreme caution.

Thus, the economic “downturn” is going to stay around for a long time. Unemployment in the U.S. will stay above 10% for the next few years, but it will be borne mostly by younger generations. Especially GenX.

(Did you know that the 1991 recession was the first ever to be borne almost entirely by a single age bracket? Yes, it was Generation X!)

There is talk that we are in a recovery and that things look rosy for the next year. That may all be true. But it was true in 1936: things were improving. They just didn’t return to pre-crash highs until the early 1950s, 25 years later.

Not that Generation X is making things any better. Jonathan Novy argues in a recent article in Life Insurance Selling magazine (“Generation X And Investor Behavior”) that GenXers are also unlikely to want to invest in speculative ventures any longer:

Broadly defined, Generation X refers to individuals born in the â€™60s and â€™70s. The story goes that this generation began its professional life, for a variety of reasons, later than its parents. If this assumption is true, and I admit that we are working with broad generalizations, then I will work from the premise that Generation X began seriously investing around the year 2000. If 1971 can be marked as the middle point of those being born into this generation, then these people would have begun investing at the age of 29. As purely anecdotal evidence, I was born in 1971, and only began seriously putting money away in qualified retirement vehicles and paying attention to these matters in the late â€™90s, and have the volatility of the last 10 years burned into memory.

The secular bear market of the last 10 years has made our job as financial professionals exceedingly difficult. Investors, governed by their emotions, are justifiably traumatized. [GenX] investors are reluctant to take any risk at all. To be fair, the market has not brought them any gains for the last 10 years, and treasury yields remain at or near historic lows. Economists and pundits alike profess doomsday scenarios almost daily. High profile fraud cases have led the government to consider increasing regulation and more importantly, it has driven young investors away from equities. How does the community deal with all of this? Is it possible to inspire trust anymore?

Wow. That’s pretty amazing when you think about it.

GenX came into their own in the heyday of the 1990s that weren’t necessarily heydays for them. The recession of 1991 was almost entirely born by them, and if you come out earning small amounts, you are likely to always earn less money. Millenials started working at about the end of that recession and earned considerably more money than their GenX predecessors. GenXers would have then started putting whatever money they had left in the late 90s only to lose it all in the dotcom bust. Then volatility for the next few years where if you aren’t making money you must have something seriously wrong with you followed by the biggest collapse since 1929 (disproportionately born by, you guessed it, GenX!).

So GenX can’t be counted on to make risky investments.

But you can count on them to sacrifice. More on that at some point in the future.

From where I am looking, I don’t see a recovery really happening. Unfortunately, the old methods â€” whether supply side Reaganomics or state-centred New Dealism â€” will work to stimulate things because the fundamental mood has changed. The crisis is real but it really didn’t have to be this bad. It was made worse by the Boomer righteousness and Silent self-centredness. And GenX “for tomorrow we die”-ness.