Last time we looked at why you don’t have a mentor, and focused on the Hidden High Potentials. Today, let’s look at the generational parts of Why You Didn’t Get a Mentor. This is specific to the United States, but you may find it applicable (or not) if you live elsewhere.

It turns out that those born from around 1961 to 1982 (there is a little bit of fuzz around these dates, but not much) were highly unlikely to find a mentor unless they were born at the end and could find one within that same birth cohort. Let’s look at why being part of this generation affected mentoring.

The prior generation, the infamous Baby Boomers, had a group or herd mentality. As they aged into the workforce, the idea of teams and team management came front and center. Boomers think of themselves as an Us. They recoil from individual responsibility and accountability. Work systems that showed individual performance clearly and objectively were eschewed for fuzzier, less specific to the person measures. It’s all about Us. They were mentored a lot more than their speechifying would let you think, because they were “the nation’s future”.

The generation before the Boomers — called the Silent Generation and lasting to about 1943 births — were organization men. They believed in succeeding by staying the course laid out for them. They obeyed and put into practice what others told them to do. They tended towards excessive self-centeredness, engaging in “self-expanding” activities and ensuring that they get massive benefits from the state while refusing to pay taxes. For Silents, it’s all about Me. They were mentored because they were to be protected and coddled, and they obeyed the rules. 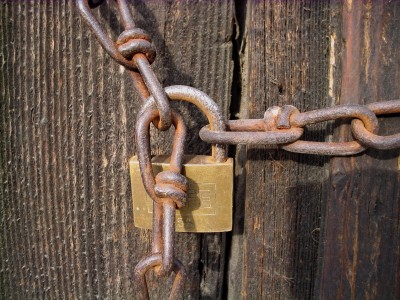 Before them we had the “greatest generation”, those irritating S.O.B.s who make up the GI Generation. They take credit for what they only were putting into place, but also know how to be obedient to authority. They believe that they can do anything if they work together, and that the world owes them because they are so wonderful, passing legislation to ensure that they are always taken care of. For the GI Generation, it is all about the We, as in “we can do it”. People mentored them because “they are going to go places!”

Then GenerationX came along and blew all this up. The most aborted, most executed, least cared for, most child-worked, least educated, most murdered generation believed that success was mostly about hustling, tricking and most of all, a lot of luck. GenX has almost no sense of Me, We, or Us. For GenX, it’s all about I. No one is going to help you out. There is no deep meaning. The Boomers are full of, well, you know. Their vaunted “values” are nothing more than hot air. The Silents are lazy and self-centered. The GI Generation were old codgers who did nothing but suck at the teat of the welfare state.

For their part, the other generations have always hated and feared GenXers. They were lazy, dangerous, amoral and a threat to the future of the nation. The 1991 recession was borne almost entirely on the backs of one generation: GenX. GenX was always the scapegoat. And because of that, GenXers were to be shunned, like the scapegoat of the Bible, unclean, unholy, having been given the guilt of the sins of the other generations.

GenXers also didn’t have that sense of team-ness. To GenX, a team is a group of experts at different things who choose to come together to accomplish something. Performance is still judged on individual performance. They see systems that reveal individual performance as intelligent and useful. They eschew the “team player” attitude of Boomers because they see it as nothing more than self-serving pap for those who can’t perform. Pessimistic and overwhelmingly conservative, they don’t mind confrontations and conflict. Characterized by a combination of anger and an almost total lack of self value (“we know what our lives are worth”), their pragmatic realism is seen as threatening the moral fabric.

Probably unlikely that someone in another generation would want to mentor GenX.

If you are GenX, the generational deck was stacked against you before you were born, for (to misquote the Apostle Paul) God hated GenX but the Boomers he loved, before they were even born. The other generations’ hatred and fear of you, plus your attitude of self-achievement, kind of ruled out any mentoring going on.