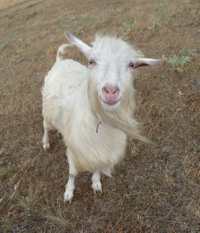 I told you that was last part was bull pucky and here’s why.

Let’s look at IT people sucking up to their manager to train him to be a decent person. In this other post by Phil Factor the SQL maven, a “Comms” (probably networking) group who is used to having a swell manager who even takes them out for pints on Friday, at one of the several watering holes for IT people in the City of London. Their manager gets promoted and a fire-breather comes in, a real sourpuss.

Now these are technical staff, people who don’t want to manage but be technical experts. And they’re IT staffers. Worse, they do networking.

And they got it to work.

They trained their manager to be a swell person by using what is essentially a animal training methodology. They first put together a list of all of the manager’s good qualities. This has the upside of forcing you to see the man as a person and not a demon, humanizing your perception.

The second step is to “set up a database that all can access” where the team can “[l]og all occurrences of the manager’s ‘good behavior'”. Really. A database. These are, as I said, tech-heads.

Then they administer flattery as a reward for the boss’s “good” behaviours:

After a certain number of occurrences of “good behaviour” a reward must be administered. It is important to identify the reward. Flattery works well with managers: they can’t resist it. Everyone believes they are immune to flattery, but by goodness, most of us can take it by the skip-load. There seems to be no upper limit,…

If network engineers, people long known to be even more Spock-ish than the messaging people I managed years back, can administer flattery effectively, so can you.

So start sucking up by ladling on the flattery with a bucket! The trick is to make it real, and not sincere. And if you’re still not clear on it, let me know and I’ll throw together a teleclass on how to do it effectively.