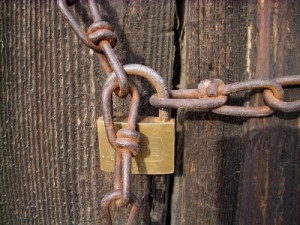 I’ve been telling you this week that flattery works, and that it’s not just researchers who believe that flattery apparently has no real upper limit. Most of you haven’t really believed this and you’ve been waiting for the other shoe to drop.

So here’s those caveats I’ve been talking about:

It may be that impersonal flattery gets away with more than personal types. That is, if you are actually delivering the flattery yourself, you probably can’t just say anything. The wisdom of Phil’s pediatrician boss holds: you need to savvy enough to flatter the person on something real, or which they want to believe is real about them.

Most surveys would now be pointing out the work of Darren Treadway, of the University at Buffalo, and his comrades, and tell you that it’s only the politically savvy people who can use flattery to get ahead. And they’d be wrong.

Treadman and co. studies retail workers. Each worker gave himself a rating of how politically savvy he was, and how much he current tried to ingratiated himself with the boss. Note the word is “ingratiate” and not “flatter”. Their study is cited constantly to say that if you are not politically astute, flattery backfires on the flatterer. For example, this out of Harvard Business Review:

“We asked Treadway how his findings square with Chan and Sengupta’s results about the effects of insincere flattery. Perhaps, he says, there’s something inherently different about a high-stakes, personal interaction—when a real relationship exists between the parties, the perceived sincerity behind the flattery may be more important.”

People love to point out that it’s only the politically savvy people because it makes them look better. “The sorry words of these idiots serfs who don’t have Porsches have no power over me!” One has to wonder.

No, the issue is that he didn’t teach people how to actually flatter. He was measuring ingratiating behviour, which is different. I might try to suck up with buying coffee, working harder or giving the boss fake compliments.

It doesn’t work that way. You have to actually flatter.

Tomorrow I’ll show you how even the most non-personable people in the world, IT staffers, can make flattery work even with the most political of managers.