There’s a fascinating paper at the IMF by social capital guru Francis Fukuyama (Social Capital and Civil Society – Prepared for delivery at the IMF Conference on Second Generation Reforms) that covers his reasoning behind social capital being called “capital” at all. Besides being interested in how to create societies, I’ve always found him a lucid writer who discusses a topic that relates to the Law of the Real Boss — Elliott Jaques’s “requisite organization” (RO) and Stratified Systems Theory — because it touches on the importance of trust. 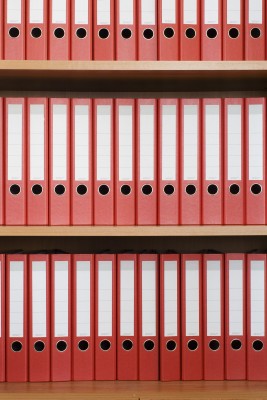 For example, here’s Fukuyama about contracts and union disputes:

The economic function of social capital is to reduce the transaction costs associated with formal coordination mechanisms like contracts, hierarchies, bureaucratic rules, and the like. It is of course possible to achieve coordinated action among a group of people possessing no social capital, but this would presumably entail additional transaction costs of monitoring, negotiating, litigating, and enforcing formal agreements. No contract can possibly specify every contingency that may arise between the parties; most presuppose a certain amount of goodwill that prevents the parties from taking advantage of unforeseen loopholes. Contracts that do seek to try to specify all contingencies-like the job-control labor pacts negotiated in the auto industry that were as thick as telephone books-end up being very inflexible and costly to enforce.

If there is distrust between workers and managers, or widespread opportunism, then the delegation of authority required in a typical “lean” manufacturing system will lead to instant paralysis. This is in effect what happened to General Motors during the strikes of 1996 and 1998, when a single dissident local (angry, in the first instance, over the outsourcing of brake parts) was able to shut down the company’s entire North American operations.

One of Wilfred Brown’s points while Managing Director (CEO) at Glacier Metal Company was that trust needed to exist between the then antagonistic unions and management. Both his books and the work of Elliott Jaques (an organizational psychoanalyst who worked with the company for some two decades) cite the need for trust, and that organizing in unnatural ways would destroy trust. What was needed, they said, was trust-builing structures within the company. When the company hierarchy represented natural hierarchy — that is, when everyone had a Real Boss — you would have the start of a trust-building company.

Combine that with the Works Council democratic participation model, where changes to policy were decided by the entire company, not just management, and you have a organization that builds trust within its ranks. Trust between groups, trust between bosses and direct reports, even trust outside the company with suppliers and customers.

Brown argues where Jaques doesn’t trust requires a constitution, a set of written rights and limitations on power, between management and the representatives of employee groups. The nobles of England were never sure of their redress against the king’s overstepping of power until it was limited constitutionally in the Magna Carta. Similarly, trust is easier between employee groups and management when there is an agreement between the groups that spells things out.

“Between the groups” is important there. You don’t develop trust by having individual agreements between each employee. Because these are usually governed by disclosure dismissal clause (e.g., speak about your salary and you’re fired) they aren’t the source of trust but distrust between parties.

As Fukuyama makes clear. You need trust to have real business agreements.

Even Vishal Mangalwadi, India’s de Tocqueville according to Prabhu Guptara, believes that the culture of trust is necessary for economic growth. His comparisons of the level of trust between unknown parties in The Netherlands versus what he experiences in India is interesting.

Fukuyama argues that flat organizations work better and created more trust. Jaques and Brown agreed: many organizations back in the 1960s had too many levels. According to Jaques’s A General Theory of Bureaucracy and further work by Ralph Rowbottom, David Billis, Warren Kinston and others, no organization should have more than seven levels, top to bottom, and that only in the very largest ones. Having too many layers destroys trust.

I should talk more about trust. It’s important.

Tip ‘o the hat to always interesting Johan du Toit of Decipher Consulting for getting me looking at this. He has a new article forthcoming on it, and the first of the set is out: “Why Human Capital Needs Social Capital“, Human Capital Review, August 2010. The articles seem to require a login: I’ll check with Johan to see if he’s got them available through a request system at the Decipher website. He also cited John C. Bryan’s “Restoring Trust”, available at COREInternational.