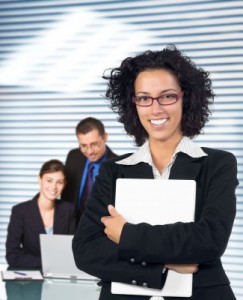 I know that flattery doesn’t work on you, as you some of the world’s more intelligent people who see right through such things. But the rest of the world isn’t as savvy as you. You can get much more and be seen as much more effective at work by simply flattering your boss.

Yesterday we saw how Prof Chatman’s unpublished research showed the massive effectiveness of flattery, and, most surprising, that there was no upper bound to how much flattery you can slather on before being known as a obsequious pig. Today, let’s look at a real-life example of someone who flattered and made a difficult position work.

“Phil Factor” has mentioned it a few times in his pseudonymous blog on IT. In a post on “How to Insult People in Forums“, he mentioned a famous consulting pediatrician for whom he had worked. The doctor had the difficult job of pointing out medical failures to referring doctors, people about whom privately “he would wax vitriolic about [their] dangerous incompetence”, yet he always seemed to be getting more referrals.

Phil eventually asked what was going on:

“Nobody is immune from politeness and flattery”, he told me. “In fact, there seems to be no upper-limit to the amount of flattery that a person can absorb. If you can compliment and encourage the person that you must instruct, then any reproach is accepted more readily.”

In a comment, Phil explains that it’s not mindless blather. Flattery is pointing out something that the person has actually done or wears or is or, very important, wants to be:

My pediatrician had great powers of observation and a prodigious memory, which he used to great effect. He would know when his target had done a good job that he was proud of, and acknowledge it, comment on it, refer to it. He would show that he noticed….

Even I, a cynical old trout, like people to notice when I have done something I’m pleased with.

We’ll return to Phil and another example from him later.

There is actually a large amount of research on flattery. Elaine Chan and Jaideep Sengupta of the Hong Kong University of Science and Technology had a recent article that detailed the effects of flattery in marketing. (Chan, Elaine and Jaideep Sengupta (2010), “Insincere Flattery Actually Works: A Dual Attitudes Perspective,” Journal of Marketing Research, 47 (February), 122-133.) They setup a test to see if a purely commercial compliment, with no doubt about the ulterior motive, would work. (project summary) They created a fake flyer for a store that directly complimented the reader:

We are contacting you directly because we know that you are a fashionable and stylish person. Your dress sense is not only classy but also chic. As someone with exceptional taste in clothes, you will enjoy the designs featured in our new collection, featuring ‘must-haves’ for the coming season.

Even though the message was impersonal, and clearly commercial, this printed flattery worked. They thought that they could see right through it, but it worked on an unconscious level. People exposed to it were more likely to have good feelings about the store. People who have good feelings about the store are more likely to use a coupon sent to them than those who have neutral feelings.

Flattery worked so well it’s hard to believe. And from a marketing brochure. You’ve got to read this to believe it.

Tomorrow, I’ll tell you about those caveats I’ve been mentioning.